The ABS-produced Consumer Price Index (CPI) measures inflation for a basket of good and services in the 8 Capital Cities and then uses that data to produce a weighted average for the nation. This is the headline inflation number with which we are all familiar; and in the second quarter of 2021 (most recent data) came in at +0.8% q/q for a year-on-year increase of 3.8%.

However, there is no recognition of the regional areas of Australia in this data.

How do the different spending patterns in the regions impact on the effect of price changes within the CPI basket of goods and services?

We posted initially on this issue back in August but have now been able to update our original estimates.

Every six years the Household Expenditure Survey (HES) provides details about expenditure patterns across the nation; it also provides this data split between the Capitals and the Rest of the States. The HES is the data upon which the ABS base their various expenditure groups’ weightings within the CPI basket. As we noted in August, the ABS nowadays updates this annually using Household Final Consumption Expenditure (HFCE) from the national accounts. Although this is not available to us at the Capital/Rest of State level some recent information sourced directly from the ABS has allowed us to map HFCE expenditure categories to HES groups and, using historical relationships between State and Rest of State, estimate the updated HES weightings at the Rest of State level from the latest June 2021 HFCE data. This has allowed us to update our original estimates published in August and provide, what we believe is, a more accurate estimate of regional CPI changes.

By analysing the HES and HFCE data, along with the available CPI Index data at Capital level, we are able to adjust the weightings within the CPI basket for the Rest of State and construct an estimated regional CPI. We are concerned with the change in the index, rather than the actual quantum, given that there is no practical way that we can source the kind of extensive price information the ABS use to create their Capital City indexes. For example, although grocery prices might generally be higher in a Region than the Capital we are forced to assume that the rate of change for grocery prices is the same across the State when calculating the regional CPI. It is differences in the weighting of expenditure groups within the CPI basket that lead to Capital/Regional differences.

Having created these regional State CPIs we can then weight them all (Capitals and Regions) to create an ‘All Australia’ CPI in much the same way the ABS do for their Weighted Capital City Average CPI. Doing so shows ‘All Australia’ CPI was +0.8% q/q and +4.0% y/y in the second quarter.

The results of this revised estimate can be seen below. The revisions to Rest of State weightings noted above have shifted most Regional CPI y/y changes slightly lower but not enough to have impacted the All Australia y/y change which remains at +4.0% (if we consider to 2 decimal places then it has reduced from 4.04% to 3.96%). With the exceptions of WA and Tasmania all States exhibit a higher CPI y/y level in the Regions than in the Capital City. 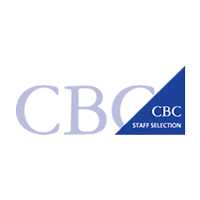